I am currently busy with the school in which I had a major part to play with. This is neither my school nor my dream. This is my commitment.

Day 1 with 15 students. To juggle Math, English, Science within 4 hours… nahulas ang beauty ko! My energy was already drained, and it is not even midday yet. Pero later that day, ang saya kong nakatulog.

Nakaka-ilang araw na ba? Happiness is sinking in! A few more students added to our family and we are now warm with each other. Ang first day na nagsimula sa shake-hands, ngayon high-five na! Aba level-up ang friendship ng mga bata! I have discovered a lot of things with our students. Nandyan ang bata na takot mapagalitan ng mga magulang sa mababang marka na nakuha niya from his exam. Nandyan naman ang batang laging nagbabanyo. There was even a time I caught him playing with soap that I have to wash his hair, salon-style (sa sink ba nakadantay ang leeg para mabanlawan ko ang buhok). I witnessed one little lady who was lacking confidence and because of the support and encouragement of her parents, aba umaariba ang grade at pati ang kanyang hosting skills, panalo. Informalities are good, pansin nyo, pati ako nag eenjoy na din sa pagkwento? These are just the tip of the iceberg.

A few months had passed. I have become young again. Ano na ba ang pinaggagawa ko sa buhay nila?  We studied ukelele together, I was forced to study the Chinese language (baka mapahiya kasi ako sa kanila), memorized the latest songs with them, played “10-20-30” and “Mr Wolf”, I even tried studying the “The Cup Song” para “in” si Ms Joan. Though, I am their teacher, I have become their student too.

While I was eating with another student, I was curious to know what will she be like after 18 years. Will she be able to recognize me? And so I devised a plan. Since she owe me lunch, sabi ko bayaran nya na lang ako pag matanda na sya. And to this date, my anticipated lunch dates 18 years from now are more than five. (Caleb(4x), Stephanie, Aliyah, Alana(2x), Elle, Lambert and Reis).

I am hopeful that in a few years time, one of them could replace a Ms Joan. It might not be their dream job, but when one of them realised that this is their calling, they will yield to it, and be inspired to commit themselves as they discover that there was no better feeling in this world than becoming a teacher. 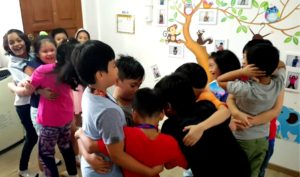 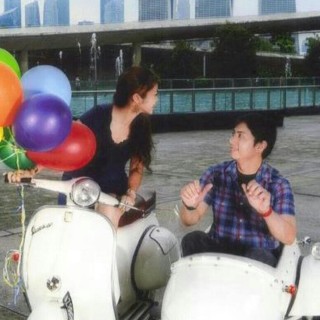