It was summer, exactly a year ago, I received a message from my husband, telling me that he’s going to take me out on a date. I was a bit hesitant at first, but somehow I realized I should give it a go since the two of us seldom go out together because of our children and his busy schedules.

Prior to asking me, he already requested his brother to look after the kids. Luckily, he had no plans that night, and thanks to him, I left my children without worrying too much.

I excitedly asked my husband some questions while we were on our way. He just patiently smiled 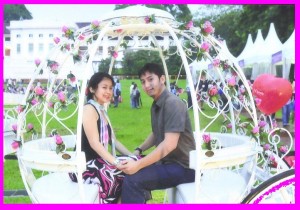 back at me. And then I thought at that moment, he is up for a little surprise.

He took me to a huge beautiful picnic area within the city. There was a nice looking carriage, just like the ones you’ve read in fairytales.  Me and my husband had the chance to ride in it and for me, it was like a dream come true. There was a band on the stage playing sweet Bossa nova; couples like us were everywhere enjoying the music. Not for long, a romantic film was shown. It was my

first time to watch a movie at the park, under the moonlit sky. I was smiling the whole night and I thought I was the luckiest woman on earth. We spent our date night with bliss; we traveled back in time reminiscing our get-aways, night outs, the concerts we’ve watched and some adventures we’ve had when we were young. It’s been 12 years, and there I was, feeling very blessed sitting beside the man I love. “Our dating years are not over yet,” he said…

He surprised me with that date. We went out that night knowing that we will just have a coffee-after-movie routine. And I was incredibly wrong. 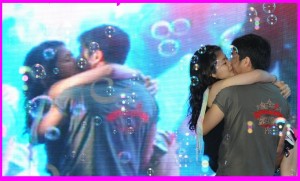 It was exceptionally romantic… I still remember how his arms were wrapped around me as he gave me the longest kiss I’ve ever had.