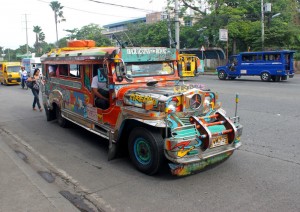 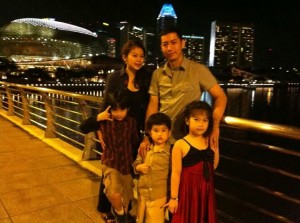 It is essential for every child to sleep with happy thoughts. It’s a big contribution to their EQ.

I’ll be direct to the point.

Most of the time it’s not happening in our home. Now that I have three super energetic children (believe me, the way they are when they’re feeling sleepy is really out of control), our usual goodnight time is full of begging, singing lullabies, telling stories, playing and begging again until mommy freaks out.

I’m giving my best as a mom, and perhaps, my children are also becoming abusive in that aspect. I feel so bad everytime I end their day with tears in their eyes.

I tried so many techniques, and I wish I could play Samuel L. Jackson’s “Go the F*#! To Sleep” but you see, I’m I good mom, so I can not.

But last night was different.
After praying and letting them play on their own for a while, I told them that I’ll take them to a place called “the spa.”
I tucked them to bed, and told them to close their eyes, no talking anymore, and nobody move.
They won’t submit that easily.
“You have to follow mommy or else spa is not happening guys,” I told my kids.
And lo and behold, everything seem so peaceful in an instant!

“In the spa you have to be really quiet and patient until the attendant goes to you and gives you a massage.”

Oh, it was a stress-free night! And so, one by one, I approached them not as a spa attendant nor a massage therapist, but a mother with loving hands, soothing their tired bodies until they drift off to sleep.

PS. I linked Samuel L. Jackson’s YouTube video in case you’re curious with what I’m talking about. It is interesting for us adults, but please don’t play the video when your child is around.

Are you a foodie? Or more like… fond of eating sweets? Yes? Well today is your lucky day! I would like to show you a very interesting confection that you might want to try, it’s the only one of its kind and can only be purchased in some parts of the U.S. or online (at hotlix.com).
Featuring… the stomach turning, sweet in the outside, crunchy in the inside Hotlix Lollipops!

…… or I am the last to know?
I’m not being paid for this okay, I just find it really interesting!
It has flavors like
Tequila
Green Apple
Strawberry and
Lemon

So watcha think guys?
I’ll let you know my verdict once I get hold of one. (but I would rather display it so my kids can see… their obsession for sweets is really bad)

My brother said it’s fine… he gave it a two-out-of-five stars. 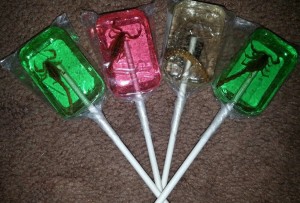 And what’s more, they also have chocolate dipped insects, cheddar cheese larvets, sour cream and onion crickets- these crazy sweets have been around for almost 25 years! Check out their website (hotlix.com) to know more, they have weird non-insect sweets too.

Photo credits:
hotlix.com
thanks also to Xan and Ric, I’m no longer the last to know 🙂